Category Archives: Players of the Week 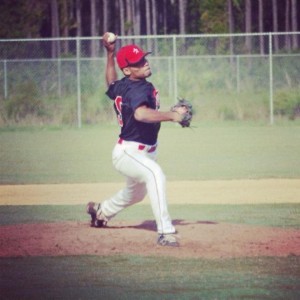 The Pitcher of the Week award goes to Matos from the South End, who spun a complete game 2-hit shutout against the McKay Club on Thursday. Jonathan struck out 5 Beacons while walking only one en route to his  first win of 2016.

Fantasy Impact: This first win for Matos helps to bolster the already strong rotation for Team ‘Chicks Dig the Wongball’ (mgr: Mike Maguire). The win brought his era down to 3.59, and more production from Matos should help this team contend for top pitching staff in the fantasy league.

This edition’s ‘Player’ is Billy Uberti of the Braves. In just 2 games last week, Billy  was a sizzling 6-for-7 at the plate including a double, 2 homeruns, 5 runs scored and 7 rbi (and then topped it off by starting this week with another homerun and 2 rbi).

Fantasy Impact: A 2-time defending Silver Slugger Award winner and 3-time defending Gold Glove Award winner (for 1st basemen), this hot streak couldn’t come at a better time for Team ‘Hold the Door’ (mgr: Jon Morse). Uberti is now hitting .405 with 11 runs, 17 rbi and 6 extra-base hits. Morse’s squad has been festering at the bottom of the offensive categories, so this infusion of run production couldn’t come at a better time.

With a complete game shutout over the potent South End Astros on Thursday, our newest Pitcher of the Week is Pat Shore from the Rockies. Pat (seen above at tropical Revere HS) spread out 4 hits and a walk over his 7 innings while showing 7 Astros hitters to their seat via strikeout.

Fantasy Impact: With this shutout, Pat has improved to 2-1 on the season for Team ‘Dirty Sandinis’ (mgr: Nate Laliberte/Chris Santosuosso). A late-round pick, Pat is shaping up to be one of the steals in the draft as he now boasts a .420 era with 18 strikeouts over 16.2 innings. Sure, he also hit a batter……but that guy probably deserved it.

And taking home the next Player of the Week award is the reigning Yawkey League MVP, James Katsiroubas. After a slow start to the season (if hitting .320 over the first 9 games is considered slow), Katz went 6-for-15 last week including a triple and 2 homeruns, with 9 runs and 6 rbi.

Fantasy Impact: The top pick for Team ‘Make Way for Doc-Lings’ (mgr: Marc DesRoches), James is a prototypical clean-up hitter who has been setting the table since midway through 2015 for the currently undefeated A’s. He doesn’t lead the league in a single category, instead choosing to lurk just below the surface….which is all the more terrifying for the rest of the YBL. If Katz is in the midst of one of his trademark streaks, look for his .350/.559/.700 slash line to only get better. 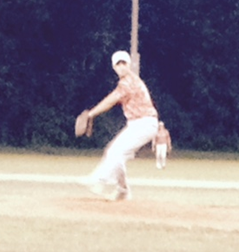 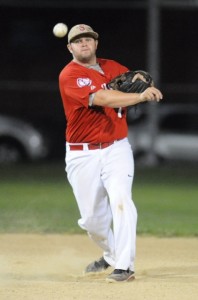 Flip a page on the calendar and we’re cruising into the meat of the baseball season. After his 3rd quality start, the next Pitcher of the Week goes to Chris Dion of the Stahls. After wins against the Townies and McKay Club, Dion makes his best start of the young season by stifling the annual offensive powerhouse of the EB Knights. His complete game gem yielded only one earned run to go along with 6 hits and 1 walk, leading the Sabers to a 5-2 win at The Beach.

Fantasy Impact: Three starts in and three consecutive wins from Chris has Team ‘Deane Street Hooligans’ (mgr: Travis Adams) looking like the team to beat a third of the way into the season. Dion has shot out to a 3-0 start allowing only 2 earned runs in 20 innings, to go along with an 18:3 k:bb ratio.

And the Player of the Week award goes to the Saints’ Boyce. In three games this past week, Trevor raked 8 hits for a .750 average with 4 runs scored and 3 rbi, including a double and 2 triples in a tight loss to the Knights.

Fantasy Impact: Boyce’s big week is a much-needed shot in the arm for the current cellar-dweller of the YBL Fantasy League, Team ‘Ockner Doodle Doo’ (mgr: Chris Foundas). Trevor now owns a .455/.556/.682 slash line, and will need to keep up the momentum if ODD is going to push its way into contention. 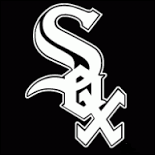 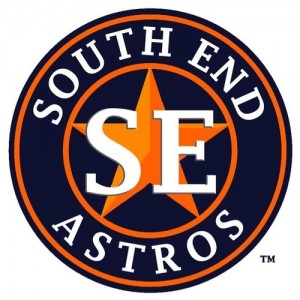 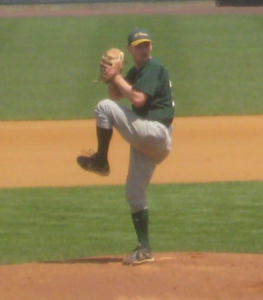 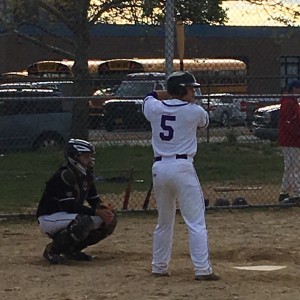