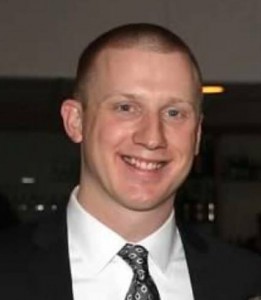 Travis Adams joined the Stoneham Sabers’ franchise in 2012 during their second year of existence.  Adams immediately made an impact on the team and earned himself the starting catcher’s role and has been a core part of the Sabers’ franchise ever since.   Adams serves as captain of the pitching staff and is looked up to by his teammates with his veteran presence.   Adams comes from a highly respected baseball background, having played his collegiate baseball at St. Joseph’s College of Maine.  Through his networks he has brought in several top notch players and is continuously active helping with the team’s recruiting and fundraising process each year.  His duties as an active league board member are a huge addition to the Sabers’ management.  Travis constantly represents what it means to be a Saber on and off the field, and the Sabers are lucky to have such a genuine and talented player.