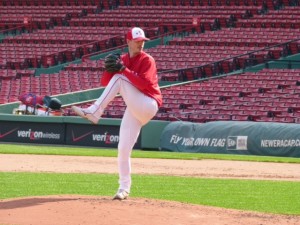 With America’s Birthday shortening the schedule of games last week, there was no shortage of pitching performances deserving of POW notoriety. After some deliberation, the award goes to Jon Morse of the Somerville Alibrandis. Jon has been almost unbeatable in 2016, and last week he threw a complete game shutout of the Maddogs. Only giving up 3 hits and 2 walks, Jon recorded another 6 strikeouts…..one of which put him over the hump of 500 career Ks!

Fantasy Impact: In a move so bold, so brazen, so downright villainous that it has nearly torn apart the Red Army, Morse was the first pitcher selected by ‘Chicks Dig the WongBall’ (mgr: Mike Maguire). And while it ruffled some feathers, the WongBall would do it all over again as Morse has gone 5-1 with a sub-1.00 era and a 37:10 k:bb ratio.

Honorable Mention: While Morse took home the ‘hardware’, we would be negligent to not commend the efforts of Sam Kennedy-Smith of the Brighton Braves for his efforts before the holiday. Sam came in on Tuesday for 2.2 innings of relief, giving up no hits or runs and striking out 5 batters to pick up the save against Charlestown. Only a couple days later he was called on again, this time for an emergency start on Thursday against Stoneham. In that game he went 5.2 innings, yielding 3 hits and 3 runs for the win. 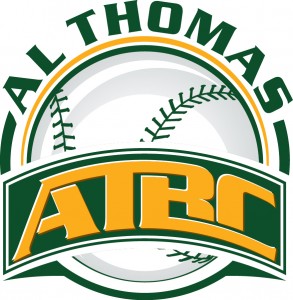 And although it was a shortened week, you wouldn’t know it based on the production of Matt Rodriguez from the still-undefeated A’s. In only 2 games, Matt went 6-for-9 with a triple, homerun, one run and 9…..NINE rbis. Another big output from a guy who has been putting up lots of crooked numbers on his own lately.

Fantasy Impact: NONE. In a shocking development, Rodriguez wasn’t drafted in the YBL fantasy league this year, but that will change in the future. He is currently riding a 7-game hitting streak, and has hit safely in all but one of his 16 appearances on the year. He has 3 hits in each of his last 4 games, and currently leads the YBL with 30 rbi. He also leads the league in hits, doubles (tie), slugging and OPS…..and is 2nd in the league with a .483 avg.

While we are unable to honor as many players as we’d like, a shout-out has to be given to the performances of the Townies and Beacons this past Thursday. The linescore might look like two teams struggling to put anything together at the plate, and that would be true. But only because of monster pitching performances from DeLochrey (MCB) and Zavolas/Souza (CT). Since I’m too lazy to comb through the archives, I’m going to go out on a limb and mark this game as the highest combined strikeout total between 2 teams in a single game in YBL history. DeLochrey threw a complete game (8 innings) striking out an astounding 18 Townie batters in a tough loss. On the other side, the rookie squad threw Zavolas (7 ip for the win) and Souza (1 ip for the save) who combined to set down 18 hitters from the Beacons lineup with no walks allowed. Suffice it to say, we’ll be checking the box scores this week for follow-up performances.