Our next installment of the Players of the Week features a pair of stalwarts who have been terrorizing the league for years…..two of the most feared competitors in the YBL.

In his lone start of the week, Mike Smith straight dominated the South End Astros with a complete game shutout. Smith allowed only 3 hits….to the team leading the league with 14 HRs on the year….and struck out 10 (with no walks) along the way.

Fantasy Impact: A shutout to go along with a nice WHIP-dip should help Dirty Sandinis (mgrs: Nate Laliberte / Chris Santosuosso) make up a little ground. Following up this effort with another shutout against the Beacons this past Monday, the first pitcher taken in the draft has proven his worth. Smitty is now 5-3 with a 1.17 era and 1.106 whip on the season, and leads the league in innings pitched and strikeouts. 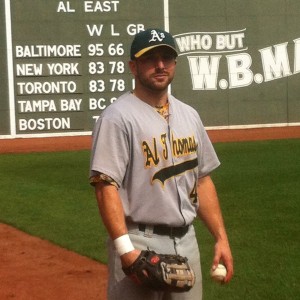 Fantasy Impact: Another first-round selection, Freddi has not only been the table setter for the Athletics, but has also been the meat and potatoes for the Deane Street Hooligans (mgr: Travis Adams). With just a few games left, the Hooligans have been trouncing the YBL Fantasy League in most offensive categories, most of the credit due to Carrera’s stat line: .440 avg, .571 slg, 1.119 ops, 28 runs, 29 rbi and 17 steals. At this point of the season, Freddi is arguably (and I use the word ‘arguably’ somewhat loosely) the front-runner for 2016 YBL Most Valuable Player. As of this posting, the Athletics have clinched the #1 seed in the YBL playoffs.

Honorable Mention: Rookie Ted Downing is making a name for himself in YBL circles, and had a solid past week going 5-for-9 in 2 games for the South Boston Saints as they make their playoff-positioning push down the stretch. In those 2 games, Ted collected an extra-base hit of each variety to go with 3runs and 4rbi. On the season, Downing has thrown his hat into the ring for Rookie of the Year consideration, boasting a .392 avg, 1.017 ops and 15 runs in 15 games.