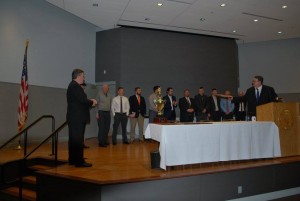 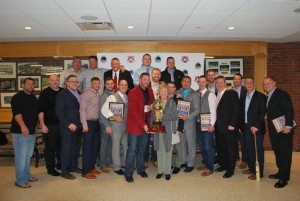 The 2016 Yawkey League Awards Banquet and Hall of Fame Induction Ceremony was a rousing success this past Saturday.  Those in attendance enjoyed some laughs, had some food and drink and either received an award themselves or were able to see a teammate take home some hardware.  Five of our finest (3 players and 2 umpires) were inducted into the Hall of Fame and 5 more people with Yawkey League roots were inducted into the National Semi-Pro Baseball Hall of Fame in Evansville, Indiana.

Congratulations to all of our award winners and inductees.  Many thanks to all those who helped to put this great event together and many thanks to all who attended and cheered.  I hope you all had a great time!!!

December 7th is our next league meeting…FINAL BUDGET AND ELECTIONS FOR 2017!!!